The time has finally arrived for the Mills College Art Lecture Series, 2012-2013!

September 13    Desirée Holman
Lisser Theater
Desirée Holman is an Oakland-based interdisciplinary artist. Holman manipulates figurative props and costumes in role-playing scenarios to ask what games of make-believe can tell us about our behaviors in the ‘real’ world. Holman was awarded the 2008 San Francisco Modern Museum of Art SECA award and a 2007 Artadia: The Fund for Art and Dialogue award. In 2011, her second solo museum exhibition opened in the Berkeley Art Museum’s MATRIX program.

September 19   Abelardo Morell
Danforth Lecture Hall
Best known for installing and photographing camera obscuras, Abelardo Morell was born in Havana, Cuba in 1948 and immigrated to the United States at the age of 14. He has received a number of awards and grants, including a Guggenheim fellowship in 1994. Among his many books are a photographic illustration of Alice’s Adventures in Wonderland and a collaboration with the designer Ted Muehling and neurologist Oliver Sacks. A retrospective of his work organized jointly by the Art Institute of Chicago, The Getty, and The High Museum in Atlanta will be on view starting in the summer of 2013.

October 10    John Chiara
Danforth Lecture Hall
Chiara photographs cityscapes in a process that is part photography, part event and part sculpture – an undertaking in apparatus and patience.  Many times this process involves composing pictures from the inside of a large hand-built camera mounted on a flatbed trailer to produce large scale, one-of-a-kind, positive exposures. A native Californian who lives and works in San Francisco, Chiara has produced work focused on Bay Area landmarks, including Lands End, Lime Point, and Point Bonita.

October  30    Michael Robinson
Danforth Lecture Hall
Michael Robinson is a film and video artist whose work explores the joys and the dangers of mediated experience.  Cultivating new resonances between seemingly disparate elements, his collaged films ride the fine lines between humor and terror, nostalgia and contempt, ecstasy and hysteria. He was listed as one of the top ten avant-garde filmmakers of the 2000's by Film Comment magazine and featured as one of the “Best 50 Filmmakers Under 50” by Cinema Scope magazine.

November 5    Greil Marcus
Jay DeFeo and all that Jazz
Lisser Theatre
Greil Marcus is the author of Lipstick Traces, The Dustbin of History, Mystery Train, ‘The Manchurian Candidate’, The Old, Weird America, and most recently The Doors: A Lifetime of Listening to Five Mean Years.  With Werner Sollors he is the editor of A New Literary History of America, published by Harvard University Press in 2009.  He lives in Oakland.

November 14    Melissa E. Feldman
Danforth Lecture Hall
Melissa E. Feldman is an independent curator and critic who writes regularly for Art in America and frieze. Feldman is the guest curator of the exhibition Dance Rehearsal: Karen Klimnik's World of Ballet and Theater at the Mills College Art Museum. Recent projects include the traveling exhibition Afterglow: Rethinking California Light and Space Art, The Life and Times of Sarah McEneaney at Mills College Art Museum, and Sampler: Textiles at Creative Growth at Creative Growth Art Center in Oakland.

February 6    Gay Outlaw
Danforth Lecture Hall
Gay Outlaw draws upon materials that range from industrial to domestic and familiar to make work with a strong sense of pattern and play. Her experience as pastry chef and photographer inform her sculpture, including a 34-foot wall of fruitcakes installed in Yerba Buena gardens. A recipient of the SECA award in 1999, Outlaw has had recent solo exhibitions at the Sacramento Center for Contemporary Art, Gallery Paule Anglim in San Francisco, and Napa's di Rosa Preserve.

February 20   Julio Cesar Morales
Danforth Lecture Hall
Julio Cesar Morales is an artist, educator, and curator. He utilizes a range of media including photography, video, and printed and digital media to make conceptual projects that address the productive friction that occurs in trans-cultural territories. Morales' work consistently explores issues of labor, memory, surveillance technologies and identity strategies. He teaches and creates art in a variety of settings, from juvenile halls and probation offices to museums, art colleges, and alternative non-profit institutions.

March 6    Jennie Ottinger
Danforth Lecture Hall
Jennie Ottinger is a painter who was raised in Massachusetts and currently lives in San Francisco, CA. Ottinger earned her BFA from California College of the Arts and her MFA from Mills College. She recently had a solo exhibition at Johansson Projects entitled What To Do With Your Orphan: A Manual and has had work at the NADA Art Fair in Miami, Southern Exposure, Headlands Center for the Arts, Adobe Books and Volta NY Art Fair, as well as galleries in New York, Dallas and Los Angeles.

Lectures made possible with generous support from the Herringer Family Foundation, Jane Green Endowment for Studies in Art History and Criticism, and the LEF Foundation.

All lectures are free and open to the public. 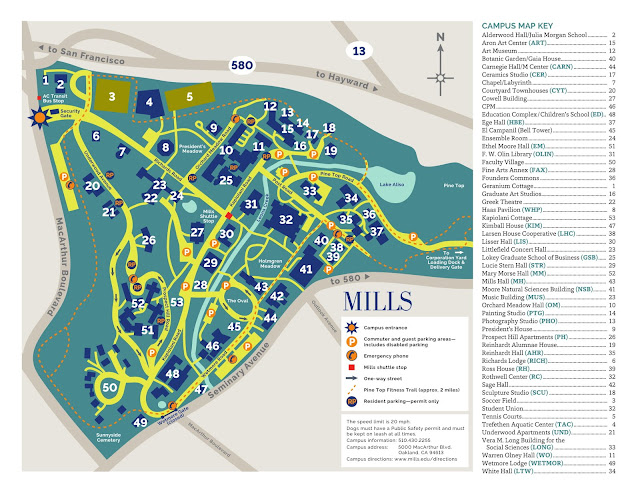 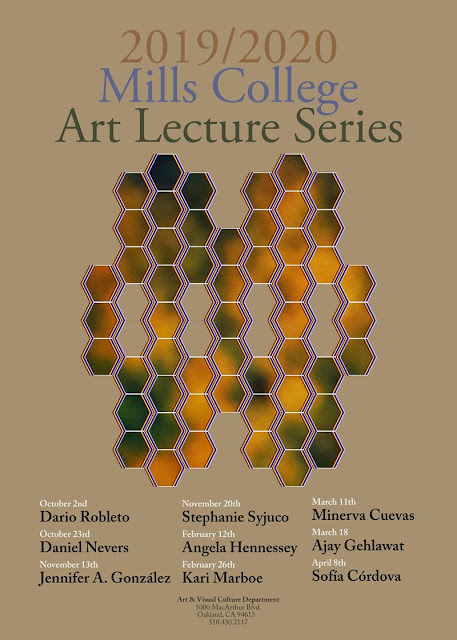